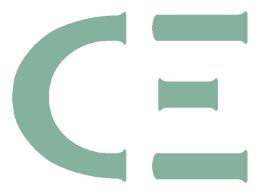 The city of Erlangen is located in northern Bavaria, in the southeast of Germany. The town is founded in 1367 and Erlangen’s Friedrich-Alexander University (FAU) is one of the largest universities in southern Germany. About 26,000 people study at FAU. That’s almost 1/3 of the inhabitants of Erlangen (about 105,000). Besides the university, the city is dominated by the Siemens AG and other successful businesses and it’s part of the dynamic “three-city metropolis” Nuremberg-Erlangen-Fürth. Erlangen is a cosmopolitan, vibrant and charming student and bicycle city with many faces: clear, calm and lively, traditional and modern, innovative and down to earth. Business, student life and a variety of recreational activities mix here in a pleasant way. For this reason, Erlangen obtained in 2010 the first place in the overall ranking of cities within the topics labor market, social, economic and welfare. Our students participate from the economic benefits: a variety of job opportunities arise during and after the study period.

Erlangen has a wide range of cultural attractions and is located near one of the most scenic areas of Germany: the Franconian Switzerland with numerous rocks and caves. The hills are excellent for hiking or climbing. Cultural highlights in Erlangen are the Erlanger Bergkirchweih and the International Comic Salon. Nearby in Nuremberg top events like the Blue Night, Rock im Park and the Norisring race take place. Famous cities like Würzburg, Munich or Frankfurt can be reached easily by train.